The 2022 Trester Festival for Latin American Music is scheduled to take place in-person at the University of Arizona Fred Fox School of Music Friday and Saturday March 18th and 19th 2022! All events will be free and open to the public, and will be live-streamed via YouTube.

Please visit https://keyboard.music.arizona.edu/trester for more information about the 2022 festival!

Virtual Festival for Latin American Piano Music, hosted by the Keyboard Area of the UA Fred Fox School of Music 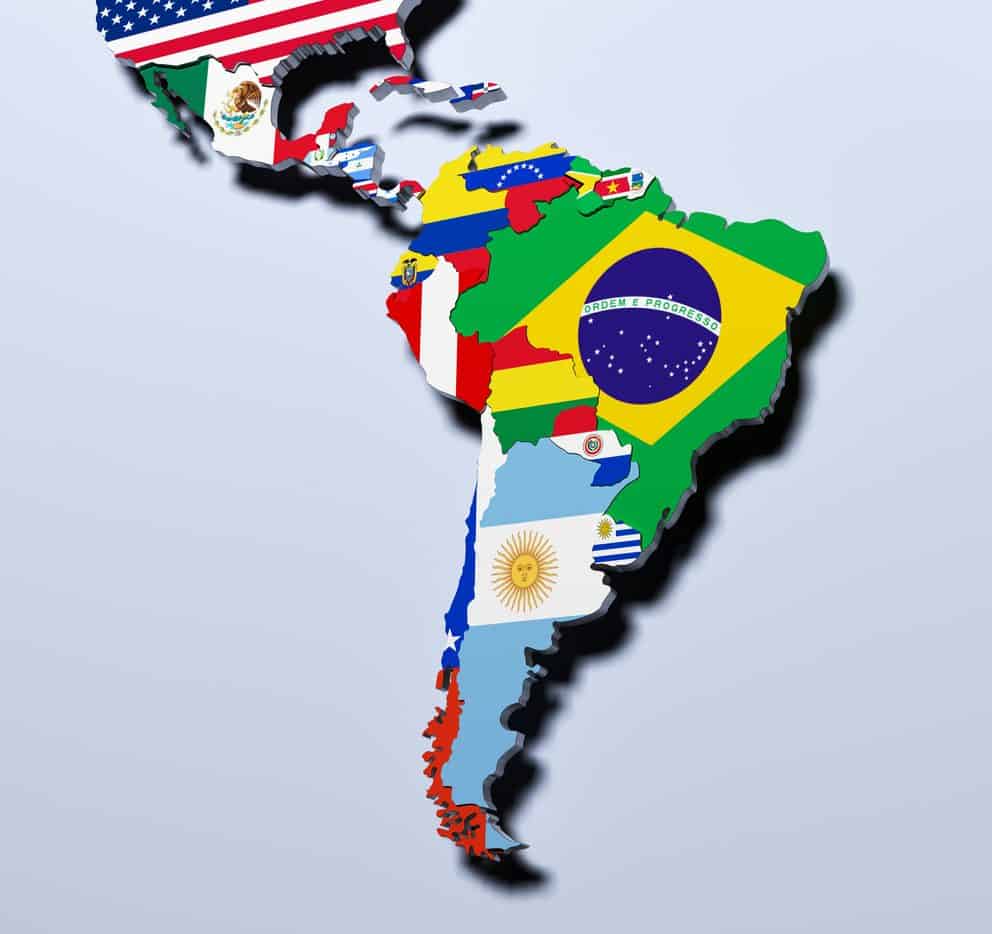 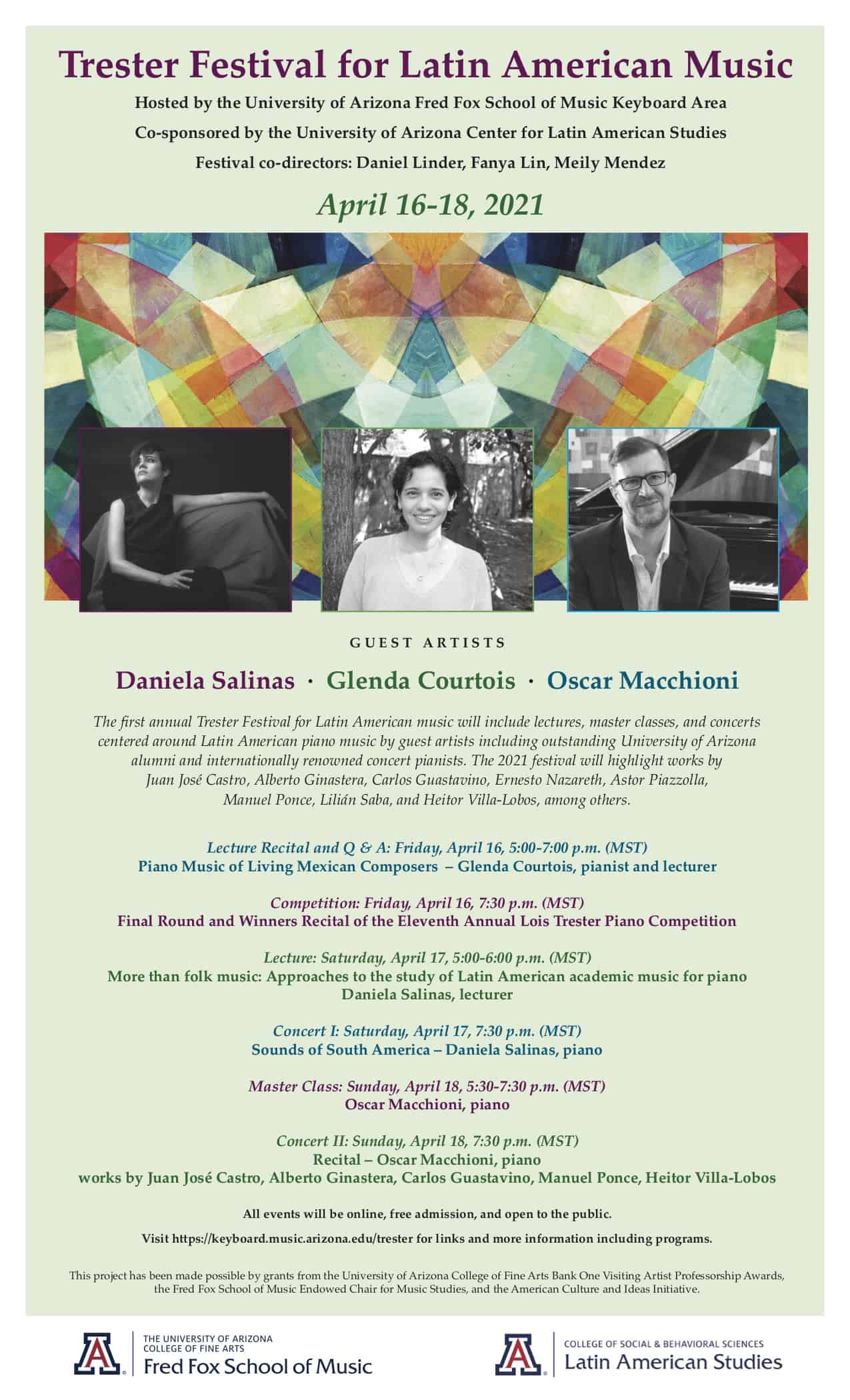 The 2021 Trester Festival will include lectures, master classes, and concerts centered around Latin American piano music by guest artists including outstanding University of Arizona alumni and internationally renowned concert pianists.

The core of the Trester Festival is a solo piano competition for current UA Fred Fox School of Music students, where students are required to perform one or more Latin American piano works as part of their program. 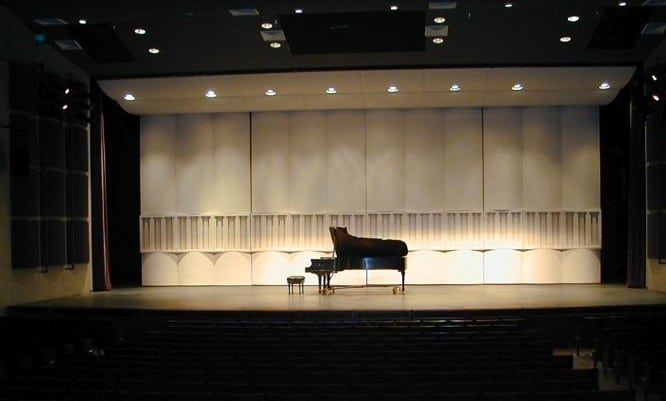 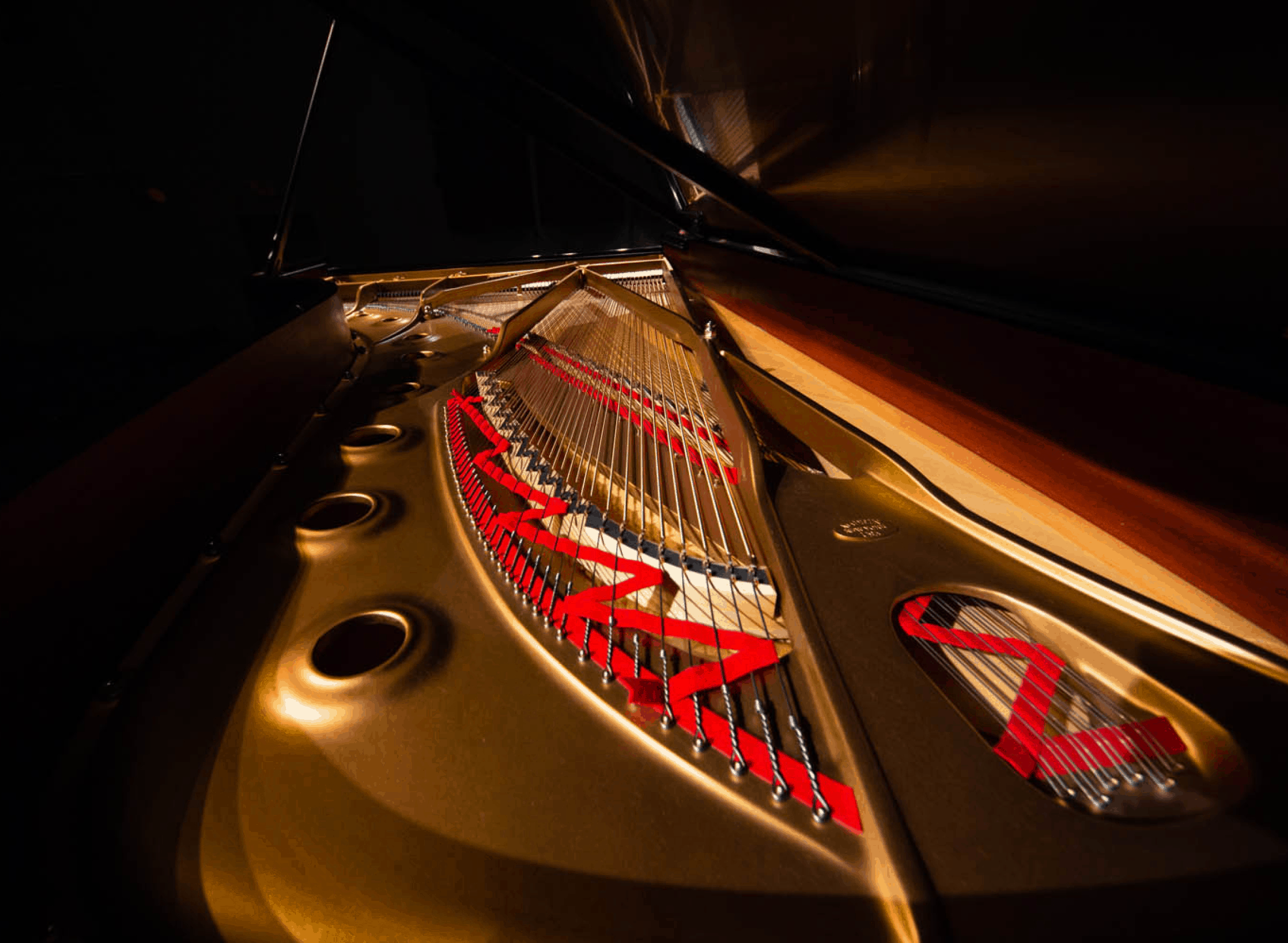 *Please note that the live Zoom Q&A with Dr. Courtois has been cancelled, and will be replaced with a pre-recorded Q&A included in the YouTube broadcast*

5:30pm Master Class with Oscar Macchioni (selected participants from preliminary and final rounds of the competition) (Zoom – sign up for link here: https://forms.gle/BzVopVAgUeQ5KFj28) 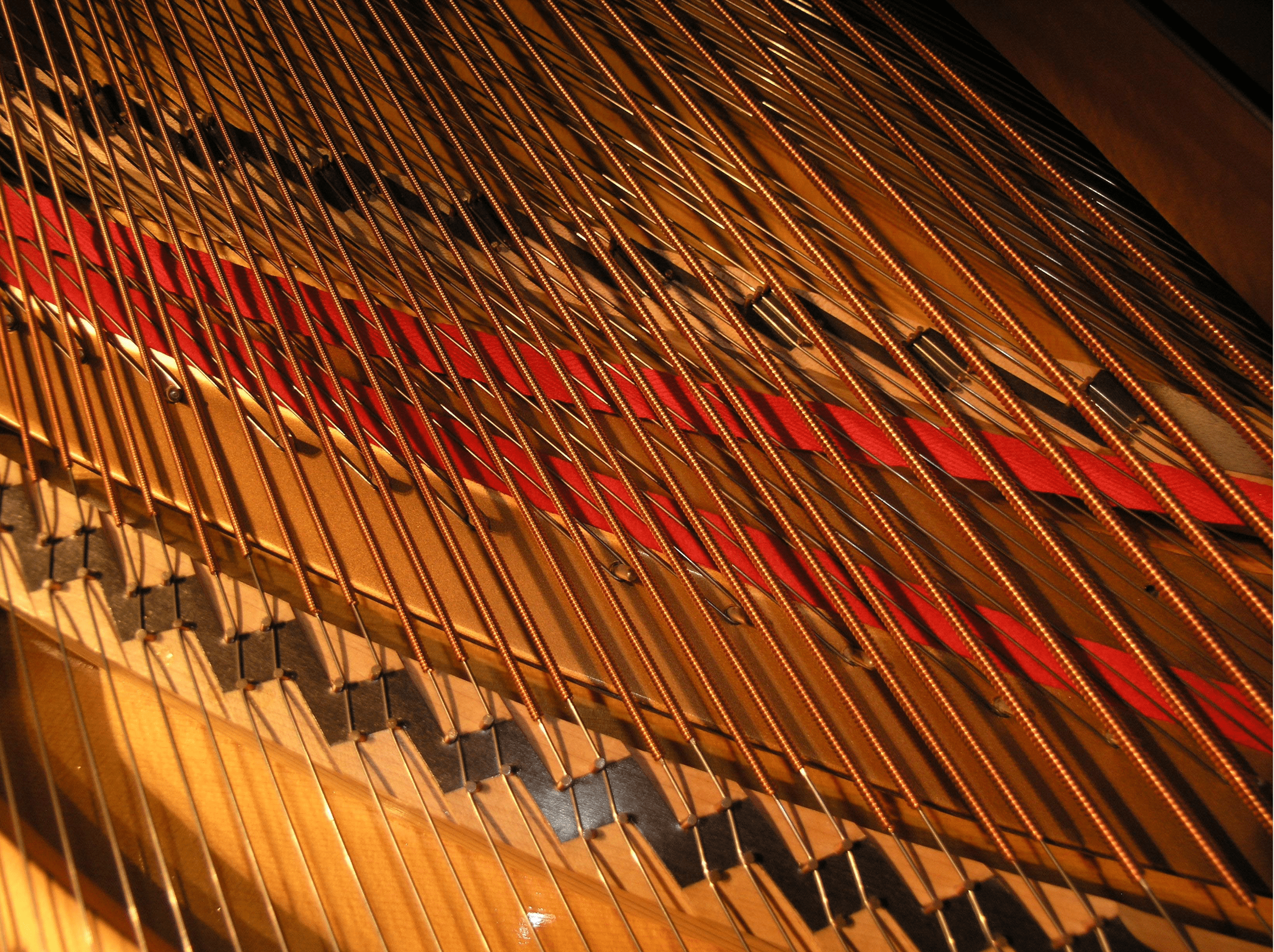 Argentinian pianist Daniela Salinas is distinguished by her musical personality. As a soloist and chamber musician, she regularly performs in main stages from Argentina and in halls from countries in America and Europe. She has performed the first Deutsche Grammophon’s Yellow Lounge in Latin America. With a vast repertoire, Ms. Salinas has sustained a keen interest in Latin American music. Ms. Salinas is a guest artist for master classes and concerts in several universities and schools of music in America. She currently holds the position of professor of piano at the National Superior Conservatory of Buenos Aires. Ms. Salinas recently published her new solo album, featuring Villa-Lobos’ piano pieces. 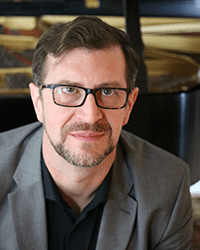 A native of Chiapas Mexico, Glenda Courtois began piano studies at age nine, and made her debut with the UNAM Youth Symphony Orchestra at age fifteen in Mexico City. She holds a bachelor’s degree in music from University of Chiapas (UNICACH), a Master of Music degree and a Performer’s Certificate from Northern Illinois University, and a Doctor of Musical Arts degree from the University of Arizona.  Dr. Courtois has been recipient of academic awards and scholarships, such as the Chiapas Medal from University of Chiapas, The Best Mexican Student Medal by “El Diario de México” newspaper, and the Outstanding Woman Award and Graduate Fellowship Award by Northern Illinois University. Dr. Courtois received her doctorate from the University of Arizona in 2017, where she studied piano under the tutelage of Dr. John Milbauer and Dr. Rex Woods, as well as conducting with Dr. Thomas Cockrell.  As a composer, her works have been performed in Mexico, Guatemala, the United States, France and Germany. Her teaching experience includes working as piano instructor in UNICACH, NIU Community School of the Arts and as teaching assistant in class piano at UA. Dr. Courtois served as music director at Dios con Nosotros Presbyterian Church in Chiapas for almost twelve years, and as accompanist of the Choraliers at Northminster Presbyterian Church from August 2015 to May 2017. Currently, Dr. Courtois is full-time faculty and coordinator of the graduate music program at UNICACH.

Oscar Macchioni, a native of Argentina, is an accomplished solo and collaborative pianist, professor, lecturer, author and adjudicator. He has been praised by critics for his expressive phrasing and the amiable way in which he presents his programs. Dr. Macchioni has performed extensively in his native Argentina, Italy, England, Poland, Serbia, Turkey, Mexico, Thailand and the USA, at notable locations such as Weill Recital Hall at Carnegie Hall, Teacher’s College at Columbia University and Steinway Hall in New York City; St-Martin-in-the-Fields and St James’s Piccadilly in London; the Querceto International Piano Festival in Italy, and the National Conservatory in Buenos Aires, Argentina. He is an assiduous performer of classical Latin American repertoire. His book, The Tango in American Piano Music, was published in 2010 by the College Music Society series, Cultural Expressions in Music. His debut CD Mostly Tangos: Piano Music from the Americas, has been released with favorable reviews by Eroica Classical Records. His newest CD Latin American Duos with violinist Mark Schuppener was released by Centaur Records in 2015. Dr. Macchioni is a Professor of Piano and Assistant Chair at the University of Texas at El Paso. 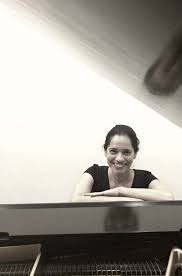